Scatter Charts: Why and when to use it

Unlike other charts, that uses lines or bars this chart only uses markers or dots. Scatter charts are known by different names, scatter graph, scatter plot, scatter diagram or correlation chart. This chart is between two points or variables. The first variable is independent, and the second variable is dependent on the first one. The main use of scatter charts is to draw the values of two series or variables and compare them over time or any other parameter. The independent variable also called the control parameter, that systematically increases, or decreases is plotted along the horizontal or x-axis. The dependant or measured variable is plotted along the Y-axis.

If there is no dependent variable, then either of the variables can be plotted on any axis and chart provides us with the degree of difference between these two variables, which is better known as correlation. If all the dots are close to making a straight line, the correlation is high. But if they are arranged equally, the correlation is low. If the graph forms a band from lower left to upper right, it indicates a positive correlation between the variables and if it goes the other way around, that is, goes from upper left to lower right, that shows a negative correlation. Scatter plots are a good way to predict and determine the nature of an unknown variable by plotting it with a known one. 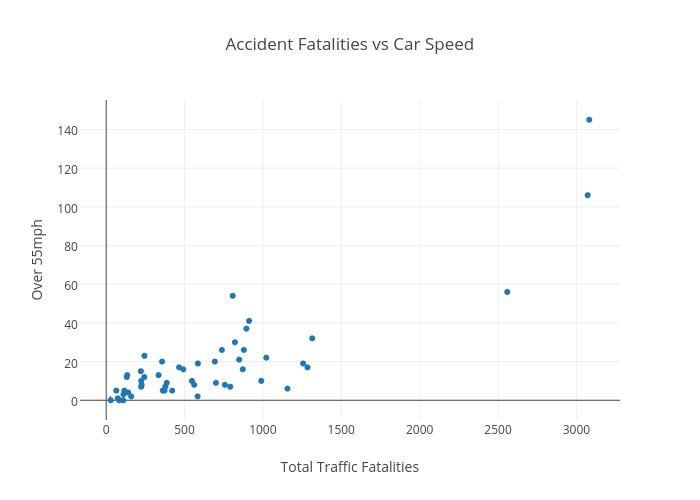 Scatter plots can have a third variable introduced in them, by changing the color or size of the dots. To make this clearer, let us take an example, suppose you are portraying a relationship between height and weight of children. In this chart, if you want to add another variable, say, the gender of the children. Then each dot can be given a specific color in accordance with the gender of the child. The resultant graph is represented below.

Recommended reading: All about Bar Charts and their uses

In this type of chart, the data is plotted in dots, keeping the dependent variable in the y-axis and independent variable in the x-axis. Then we can observe that all the markers or data dots are closely arranged in a linear way, such that a line can be drawn by joining them. Thus, denoting the strong correlation between the data. This chart is also called “Scatter Diagram with a High Degree of Correlation”. 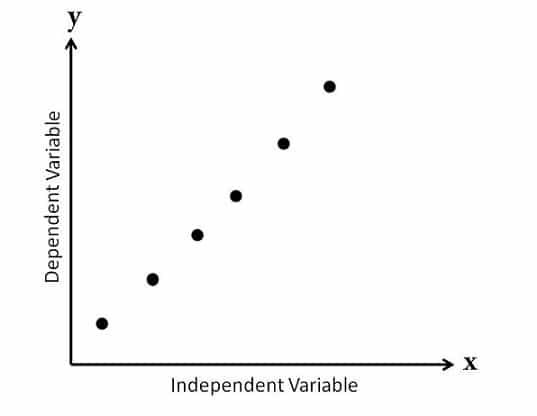 In this type of chart, the data points are arranged somewhat closer to each other. They are not fully linear, and you cannot draw a straight line through them. Nevertheless, it can be observed that a certain kind of relation exists between the variables. This chart is also known as “Scatter Diagram with a Low Degree of Correlation”. 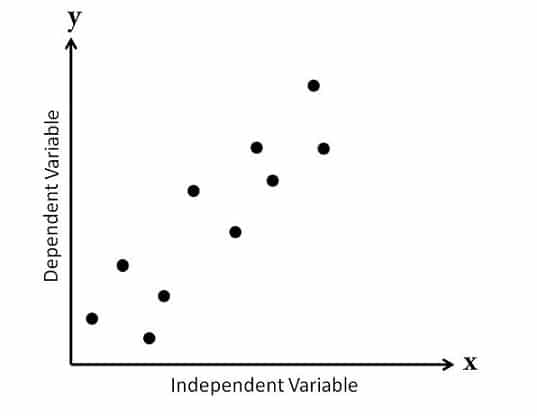 Also Read: All about Doughnut Charts and their uses

Scatter chart with No correlation

In this type of chart, it can be observed that data points are scattered all over the place and no relation can be made from them. This chart is also called “Scatter Diagram with No Degree of Correlation”. 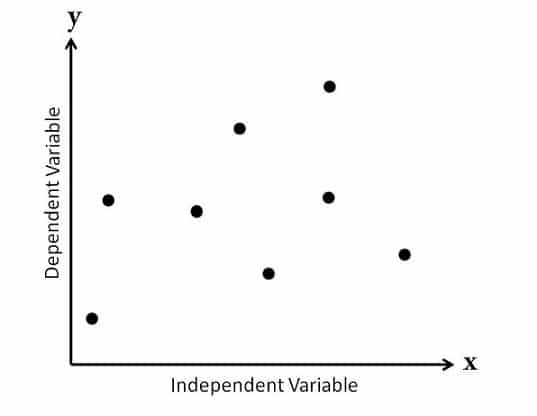 Scatter charts can also be categorized based on slopes, changes, or data points.

In this type of scatter chart, the correlation between the variables plotted is strong. The variable change is proportional, so as one variable increases, so does the other. The variables are said to have a positive slant and thus the chart is called “Scatter Diagram with a Positive Slant”. The data points in this chart form a straight line.

For example, if are to compare, the number of people who buy movie tickets and the money spent on buying them, we will get a straight line.

In this type of graph, both variables have an almost linear relationship. That is, when one variable increases, the other variable to show signs of an increase, but the data points do not form a straight line.

Also Read: A Beginner’s Guide to Area Charts and Its Uses

For example, if we take the number of hours a student prepared for an exam versus the marks they received in the exams, the chart formed may not be completely linear. 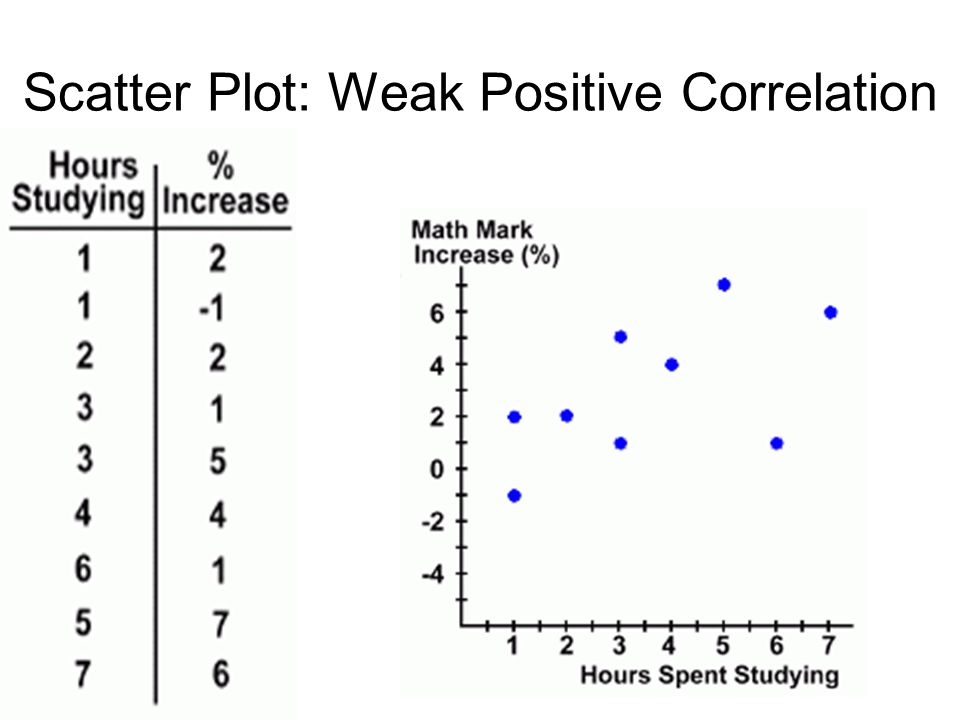 In this type of graph, the variables are partially linear and show a negative correlation. That is, when x variable increases, y variable tends to decrease but the graph does not form an exact straight line. For Example, hours spent watching TV vs the GPA of a student.

Scatter Charts with No Correlation

These charts have variables that are in no way related to each other. The data in this graph can be of scattered dots or a row of them, arranged in a way that they have no possible relation. The x variable does not affect the changes on the y variable.

For example, there is no relation between the number of shoes in a shop and the salary of the salesperson. 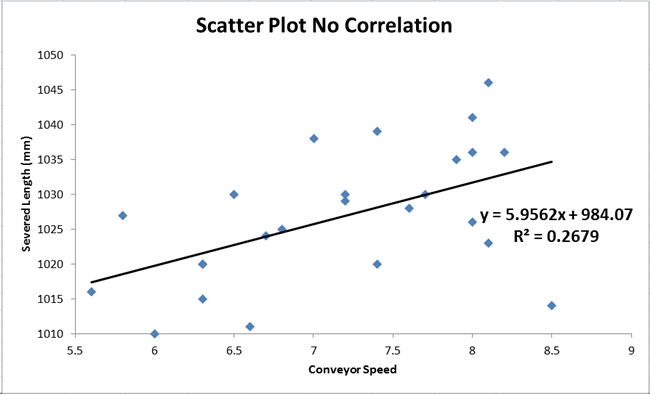 Pros of a Scatter Chart

Recommended reading: An Overview on Line Charts and its Uses

Cons of a Scatter Chart

Hence, we have come to understand what scatter charts are and their features. Now you know where to use a scatter chart and what type of data suits it.