Gauge charts are very similar to Pie charts, with the inclusion of needle to indicate the data points. They are also called angular gauge charts or dial charts. Usually said to be the combination of pie charts and a doughnut chart. the gauge chart isn’t limited to showing one value. It shows the maximum, the minimum and the present value of data being analyzed. You can spot a gauge chart in your daily life, like the speedometer in your car is a good example of gauge charts. Given below is an image of a speedometer. 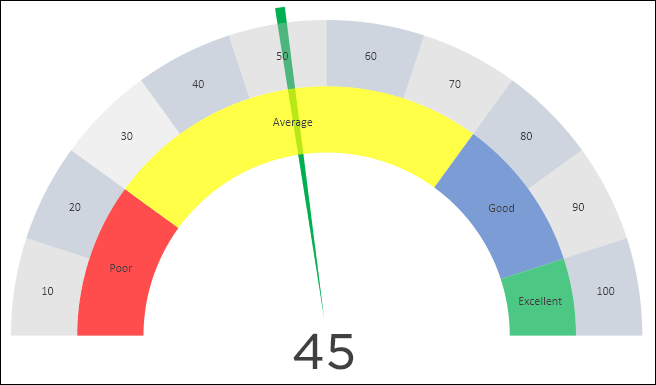 There are also other gauge charts that you can see around yourself, like in your stove, ac, gaming, etc. Gauge charts are very familiar and highly customization, the size of the gauge ring, the indicator and the scale can be adjusted according to our needs. These charts are mainly used for comparing values between the small number of variables. Multiple pointers can be used on one gauge or multiple gauges can be used for comparing the same data. They show an individual factor and are ideal for showing KPI, that is, Key Performance Indicators. These charts are also suitable charts for business departments and are commonly used by employers and managers for project analysis, etc.

Recommended Reading: Why Use A Pie Chart?

Gauge charts are of different kinds based on their shape, size and data representation. Let us discuss more some of them. 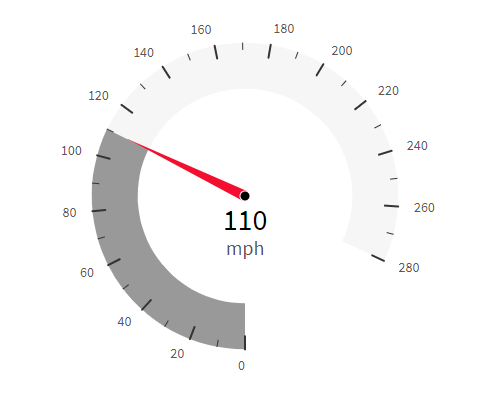 A speedometer, as the name indicates, is a type of gauge chart that measures the speed of the vehicles. It uses a single needle to show the data range on a dial. Color codes can be attached to the scale to indicate the difference in reading. The scale and the pointer is customization and can vary as per our needs. 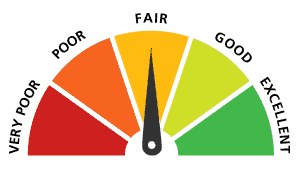 Rating meters have a pointer attached to them, that show a specific value over a radial scale. Rating meters may indicate the quality or quantity of the data. It is often used as stimulation to speedometers. Different colors can be assigned to indicate different changes and what form the variable currently is in. For example green can be for excellent, light green for good, yellow for fair, orange for poor and red for very poor.

Also Read: All About Bar Charts And Their Uses 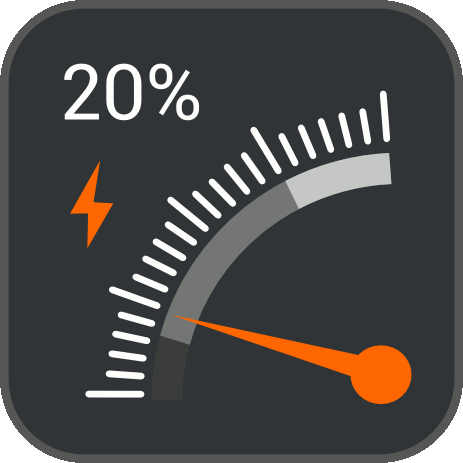 This gauge graph works and looks similar to the other graphs and works in the same way too. The only difference here is the scale of this graph, which is only half on the usual semi-circle used. Hence, the graph is called a quarter gauge.

A liner gauge chart is used to indicate a numeric data value on a linear scale. The chart consists of a rectangular horizontal block, divided into different segments as per different ranges. To distinguish between these ranges, different colors may be used to represent them. A data pointer, which is in the shape of an inverted triangle is used to point the data value. This gauge chart can be used as a slider, factory gauge, range meter, tank fill indicator, ohmmeter, voltmeter, ammeter, etc.

This gauge chart is in the shape of a vertical cylinder, and the data value is denoted by the amount of fill in it. The scale is attached to the left or right side of the cylinder. This chart is different from the other gauge charts as only one color can be used to fill the data in the cylinder. Cylinder gauge chart is also a real-time chart, that can update itself once the range is set.

This type of chart is very similar to the basic angular gauge chart, with the scale being vertical or horizontal instead of being a circular one. It is of two types, horizontal and vertical, according to the placement of the bar. It uses bars that change color according to the change in the data. For example, if you’re looking at a fuel tank, the bar will indicate if it is full or empty. 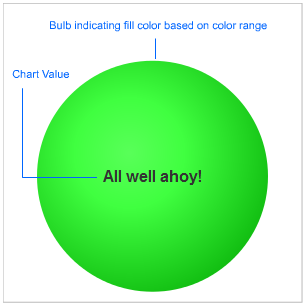 Bulb gauge is used to see whether the value of the data under observation, falls within the range indicated. Different colors can be used to indicate a different range of data. For example, the above-shown figure is an indicator of coolness in a freezer. The green light indicates satisfactory, yellow indicates caution and red indicates warning alarm. 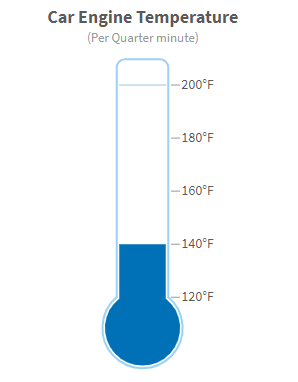 This gauge chart is used either as a temperature indicator or a performance detector. This gauge is in the shape of a thermometer. The scales are attached to the left or right side of the thermometer. The data value is indicated by the liquid filled inside. It does not require a predefined color for the data, instead, it takes in the color of the data to fill the tube.

Also read: All About Doughnut Charts And Their Uses

Advantages and Disadvantages of using a Gauge Chart

These were some of the facts and characteristic features of gauge charts, that might help you decide whether it is right for your data or not.