Data visualization is not a new concept as many believe. From a very long time, we have been relying on data visualization to explain and present data in a simpler form. But today it is more of a tool to create beautiful visuals. Humans have always preferred visual data to textual data and now have found many different and innovative ways to present data. Creativity can be unleashed with data visualization. And here are a few examples of the best and most imaginative data visualizations.

As the name suggest you truly will be “living the space”. This Data interactive infographic was found in 2015 and has been one of the best data visualization examples ever since. It shows the construction of the International space station, in a step by step tutorial.

It is a very interactive and fun visualization, especially for students and individuals who are keen to learn about space and research on it.

Check it out for yourself here.

Selfiecity – The Science of Selfies 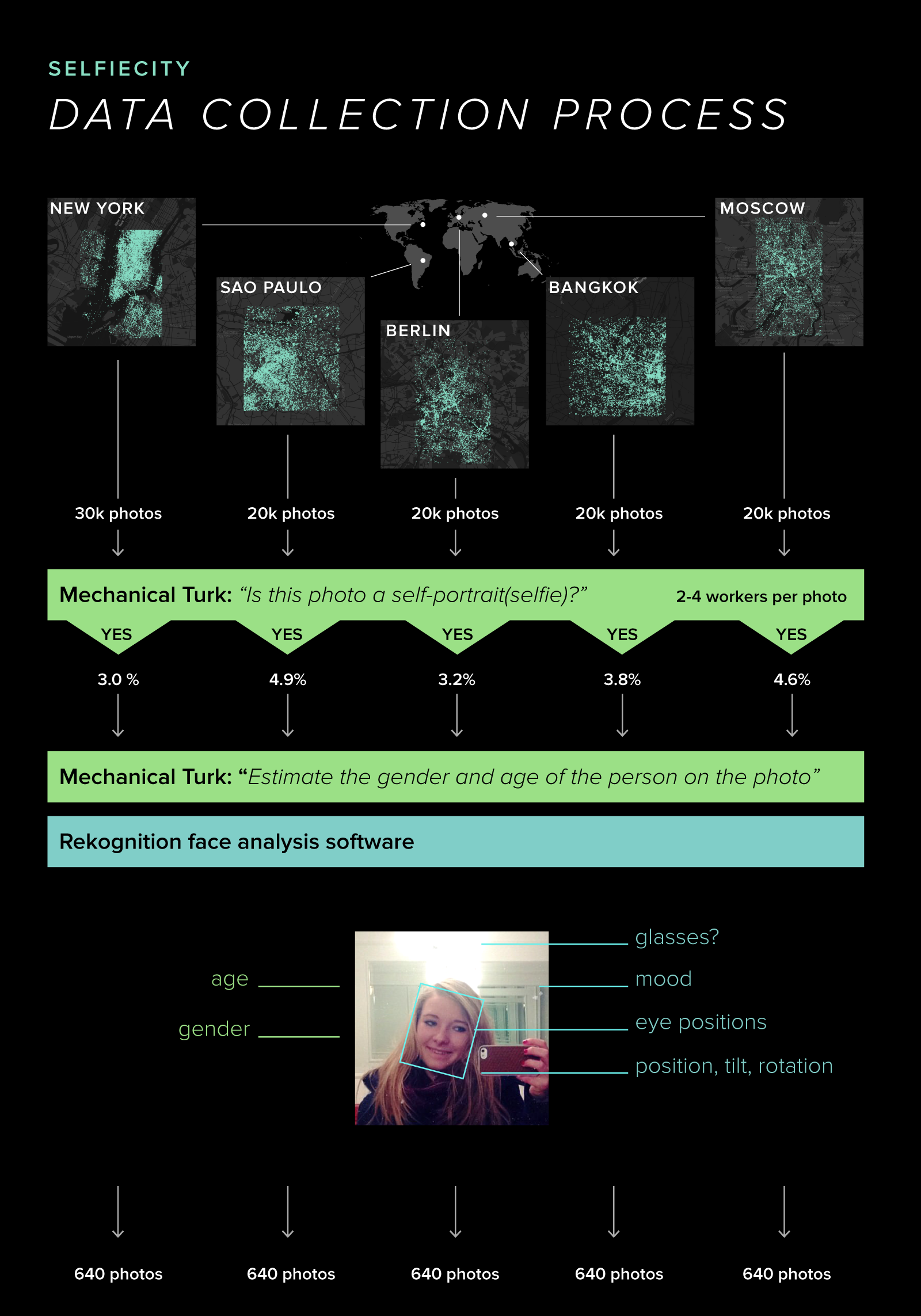 You are living under a rock if you haven’t taken a single selfie in your life or at least been part of one. Selfie shortened for self-portrait is such a craze today that we refer to our generation living in a selfie culture. In 2014, a project called Selfiecity was launched. This project is a study of how people take selfies in many parts of the world. It provides us with statistics, data science, and data visualizations on selfie patterns or trends followed through this selfie culture of ours.

It analyzed over 120,000 selfies from around the world and gave us answers to questions like, do people tend to tilt their head or crop their picture more, do women take more pictures than men, do people smile often in selfies, all this and more were answered. The study was rather complex and the results were as challenging to be put out there. Nevertheless, it is still considered one of the best data visualizations of the past few years.

If you are among one of those selfie maniacs out there, you would love this. Check it out here.

Data visualization is not limited to scientific and mathematical data. It can be used to even make the most complex of movies, TV-series or so, seem simpler to you. On such example of this is the interactive data visualization called Winds and Words.

Designed by Impossible Bureau, this interactive viz gives us, HBO’s popular TV show Game of Thrones data visualization experience that is optimized for screens at least 900 pixels wide. It shows the relation between characters, how each character is connected to the other based on all the seasons aired of the show till date.

There are also different sections for vocabulary, sentiment for each character. It lets you interact with the show in your own way, giving fans the freedom to draw their own conclusions about the characters based visualization experience and the facts they find. This turned out to be the most impressive and satisfying use of data visualization.

Inviting all fans out there to check this for yourself, click here.

There won’t be a person out there who haven’t heard of the Marvel movies. If you are among the ones who have seen them all, by now you know well how the storylines of all characters are intertwined in one way or the other. Created by the Strait Times in 2018, this 3-D browsable map comprises of all movies that make up the Marvel Cinematic Universe.

Considered one of the most creative and best interactive data visualizations, this is a visual treat to Marvel fanatics and to anyone who would like to explore the marvel world. This data viz shows the connection between the characters and movies of Marvel and is easy to navigate and fun to view. Don’t believe us? Click here and find out for yourself.

This insightful yet interactive data visualization is created by Nikon. This data viz as the name indicates is indeed a scale, that aims to put the whole universe in its perspective. This scale ranges from the smallest particle known to mankind to the largest units of measurement in space.

For example, you can compare a tiny ant you find in your backyard to the milky way itself by putting them both against this scale. It will be easier to compare, understand and draw a conclusion on things that cannot be physically compared. Nikon’s optoelectronic technologies reveal realms beyond the range of the naked eye. Check it out here.

These are some of the selected data visualization examples we found interesting and eye-catchy. There are much more available out there that will blow your mind away.