All about Doughnut Charts and their uses

Doughnut Charts, as the name makes you think, has a doughnut-shaped figure. They are basically the same as Pie Charts, with just a hole in the middle. It is often viewed as a modification to pie charts. If you look at the pie chart, your focus will go to the center of the chart and you will consider the chart’s entirety. Doughnut charts, on the other hand, eliminates the need to compare the size or area of the slice and shifts the focus on the length of the arc, which in turn is easy to measure.

Doughnut charts are like stacked bar charts, curled around itself, such a way that both ends meet and it forms a circle. This chart is preferred over the pie chart because of its data intensity ratio and space efficiency. The hole in the middle of this chart is used to convey extra or additional information, like the total number of data or labels of the arc.

An example of a doughnut chart is given below, it shows a survey of book sales in different genres in a bookstore. 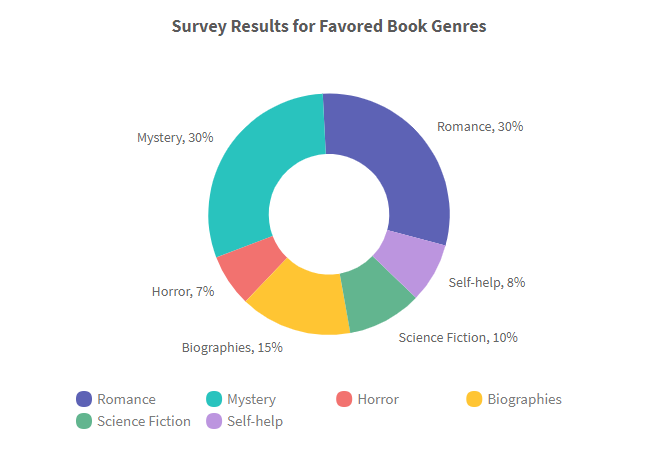 The data in a worksheet that can be arranged in rows or columns are the only ones that can be plotted into a doughnut chart.

Just like Pie charts, doughnut charts too, give a part to the whole relationship. That is, the sum total of all the arc that represent categories, form the whole data. Although unlike the pie charts, multiple series can be represented in doughnut charts. The number of rings can be increased. The more the number of series, the number of rings can be added to the chart. In case, percentages are shown in the data labels, each ring will add up to be 100% in total.

For example, let’s take the working of an Ad words account for a company. Their campaign can be represented in the form of a multi-level doughnut chart. Doughnut charts can also be drawn in 3-D, to make the chart look visually appealing and leave an impact on the audience. 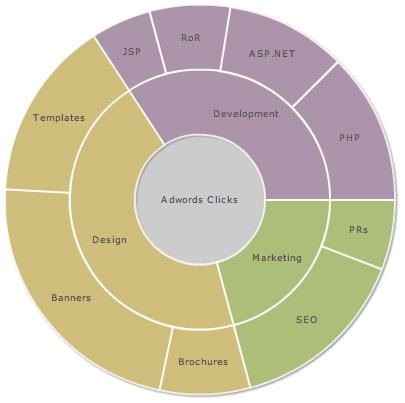 When you draw the doughnut chart, further changes can be made to it by modifying the slices. The size of the slice can be increased or decreased based on our convenience by increasing or decreasing the hole size. The slice can be pulled out of the chart and be analyzed separately. Each slice of the doughnut chart can be rotated too, in order to analyze the chart from a different view.  Doughnut charts can also be modified by adding data labels and text boxes. Multiple groups and categories of the data can be denoted. This gives better visualization and understanding to the readers of what each slice represents. An example of such a modified chart is illustrated below.

This doughnut chart shows the sales percentage in three countries over 2 years. With the help of labels and text boxes, the data represented pictorially is easily understandable.

Some advantages Doughnut charts have over other charts 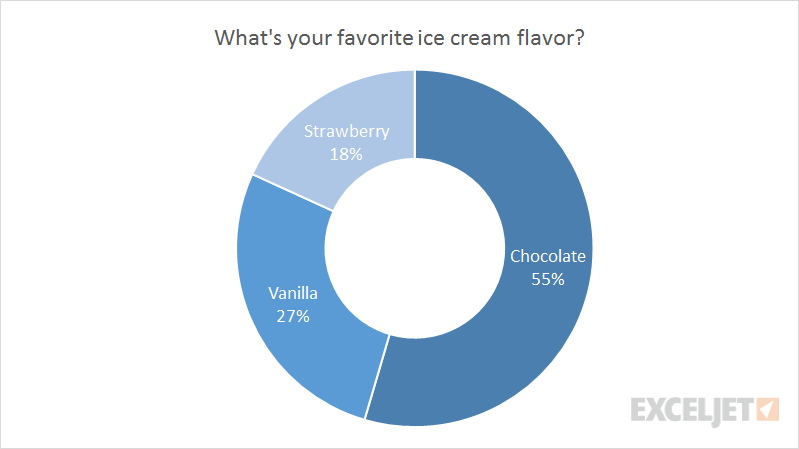 These were some of the features that make Doughnut charts stand out among other charts. Hope this helped you with your data.